– Managing billboard campaigns does not have to be hard.

Billboards remain one of the most effective forms of advertising. They reach a wide audience, improve brand recognition and interact with the subconscious of the audience. However, the success of campaigns depends not only on a creative idea but also (or perhaps primarily) on whether the information presented in the campaign reaches the target group. The process of applying billboard posters is crucial to the success of campaigns. By leaving it to a professional and experienced company, you can gain priceless peace of mind and time for other tasks. 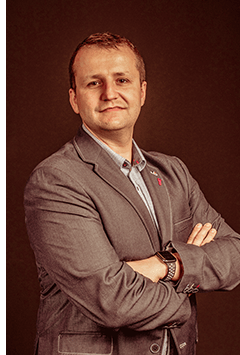 Here is an interview with Colours Factory’s Account Manager, Sławomir Sławiński, about the BB System software, its functions and benefits for the customers.

Let’s start from the beginning: what is the software exactly intended for?

SS: BB System is our original software for reporting on billboard campaigns. It was created to allow the quickest possible verification of job status and to control the crews affixing the billboard posters. Its crucial feature is real-time activity tracking. Anything that is happening at the time can be entered in the system and displayed by campaign, time period or billboard structure location.

How was the idea conceived?

SS: Improvements are among the most important aspects in the development of every business. The same applies to us. We carry out quite a lot of nationwide billboard campaigns. The daily verification of progress, sorting of information and exchange of information with our customers required plenty of time and resources. We were looking for a solution to give us more control over the orders. We also wanted to be able to quickly deliver such information to our clients. This is why we created BB System – a platform to keep everything in one place, properly organised and sorted. It is a huge support for the coordinators, the crews affixing the billboard posters and the customer. The customer can check the order status at any time. We are well aware of what an important currency information currently is. With the software, everything is immediately visible. We are transparent to the customer.

How does the system streamline your work? What are its major features?

SS: The whole system is based on two elements: a server to store all details of the billboard structures covered by the campaign (specifications and geolocation of the billboard structure, current campaigns) and an app to send information from the field. Every crew has a smartphone running BB System. Once you log into the app, you can see the current orders and the structure where the billboard poster is going to be applied. Once the billboard poster is affixed, the crew must upload photos to the system, which also verifies the location of the employee. If the employee is somewhere else, the app will recognise it and will not allow them the take the pictures. Additionally, the teams may report delays, defects, shortcomings of the structures or simply any important issues. Another important feature is the display of thumbnails of the billboard posters that are going to be affixed. Sometimes, the Internet signal on the site where the crew works is limited. If the crew is in the right place, the app will allow them to take the pictures despite the lack of an Internet signal – it will save them and upload them to the server as soon as there is a signal. The software also has a site sheet created for every billboard structure. Once the first order is completed, the location is automatically saved in the system. The Colours Factory’s coordinator handling the respective billboard database verifies and approves all of the important information or comments which may improve the handling of the billboard in the future. The customer’s contact in charge of running timely billboard campaigns gains peace of mind and a certainty that the work is progressing as scheduled. They do not have to make any extra efforts to seek such information or wait to receive it. The information is available at any time.

What are the main advantages for the customer?

SS: The biggest advantage of the software for the customer is real-time tracking of work progress for specific campaigns. After the crew affixing the billboard poster takes the picture, the completion date and time automatically appears in the system. There is no way of getting around this. The customer is unable to physically check all of the billboards, which are usually scattered around a large area, often all around the country, and the system gives the customer certainty that the billboard posters have been put up. There is no room for secrets or misrepresentations here. Another advantage is easy access to pictures when the order is in progress. For example, if a campaign specifies one hundred billboard structures, and the system says that seventy of them have been posted, the customer can see how they look before the whole project is finished. The system-generated reports show thumbnails of the ad boards with their addresses and delivery progress status along with pictures. The system also has an archive. It saves the campaigns from the past three years. So the customer can return to a campaign of their choice and download relevant reports. It is also important that the software features can be made more flexible as needed and expected by the customer. We are open to suggestions and willing to adapt to new requirements.

How innovative is the solution market-wide?

SS: As far as such solutions are concerned, we are pioneers in the narrow outdoor advertising industry. As I have already mentioned, a lack of information can destroy even the best planned projects. It leads to chaos and loss of control over processes. We do all we can to make sure that the flow of information between us and our customers is efficient and adds value to our business relations. We are committed to providing our customers with more than just a printing or installation service. Customers appreciate it and the BB System perfectly furthers our goals.

Do you need extra information? Write to: offer@coloursfactory.pl.